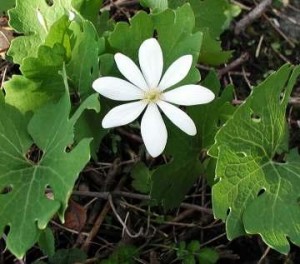 As the role of the female in the 21 century continues to evolve, more and more pressures are placed upon them. These pressures continue to create havoc with their systems creating all kind of conditions, as well as organic and hormonal imbalances. Having to compete with their male counterparts in the business world is not easy and has left a legacy of unhappiness and stress causing diseases.
Infertility has almost become a plague for the over 40 population, and is one of the most misunderstood conditions. Most females, acting with the pressures put upon them decide to go to university and cement their careers, delaying having a family for many years.

Many females don’t realize that the number of eggs that they have will not increase or remain the same but are being continuously depleted and those eggs are also aging. When the female has established her career and finally wants to start her family, it is often too late as the prime fertile years have been gone for many years.

Many females believe that by eating well and exercising they can delay the onset of infertility and they believe that they can remain fertile into their 40′s or even 50′s.

Unfortunately this is not the case and the stress and bitterness of not being able to conceive will destroy many marriages, creating more unhappiness and confusion.

A high number of females are also single mothers. They sometimes have to keep the family going by having 2 jobs to make ends meet and then arriving home tired and too stressed out to look after the children.
Being a single mother is not fun, the economic conditions, the lack of personal quiet time, having to be the only parent 24/7, will sooner or later affect even the strongest.

All the above pressures can create an unbelievable amount of dissatisfaction, bitterness, stress, irritability, frustration and hormonal havoc on their bodies.

In order to maintain or regain balance in their lives, dietary changes, exercise, meditation, breathing exercises and preventive herbalism will be used more often as females will discover all the benefits that herbs can provide them to overcome some of the pressures described above, with hardly any side effects or dependency.

"Let your food be your Medicine"

Disclaimer: The contents provided by Info Herb are for educational purposes only, and is in no way intended to substitute for the advice of a health care professional. I encourage Internet users to be careful when using medical information. If you are unsure about your medical condition, consult a physician or a medical herbalist.